Norwegian is proud to announce that Antarctic explorer Sir Ernest Shackleton is the airline's latest tail fin hero. The renowned explorer’s portrait graces the tail fin of a Norwegian Boeing 787 Dreamliner aircraft which has taken to the skies this month.

Since Norwegian’s first aircraft took to the skies, the airline has always honoured iconic figures on the tails of its aircraft, using personalities who symbolise the spirit of Norwegian by pushing boundaries, challenging the norm and inspiring others.

Sir Ernest Shackleton, born in 1874, was a renowned polar explorer who led three British expeditions to the Antarctic. His most celebrated was the ‘Endurance’ expedition of 1914 – 16 which planned to cross Antarctica via the South Pole. In 1915 the ‘Endurance’ become trapped in the ice and ten months later sank. Shackleton’s crew had abandoned the ship to live on the floating ice and in April 1916 they set off in three small boats which were sailed to Elephant Island. Taking five crew members, including Irish Explorer Tom Crean - who was announced as Norwegian’s first Irish tailfin hero last year, Shackleton went to find help. The six men spent 16 days crossing 1,300 km of ocean to reach South Georgia and then climbed the unmapped and mountainous island to a whaling station and organised a rescue effort. Thanks to Sir Ernest Shackleton not a single member of the 28-strong team died during the nearly two years they were stranded.

Norwegian’s Chief Commercial Officer, Thomas Ramdahl said: “As Norwegian continues its rapid expansion in the UK, our tail fin heroes offer us a perfect chance to pay tribute to some of the greatest Britons of all time. Sir Ernest Shackleton has inspired generations and we are very happy to have one of the greatest explorers of all time adorn our aircraft.”

Alexandra Shackleton, Granddaughter said: “How splendid that my Grandfather Ernest Shackleton is going to be a tail fin hero. There were strong ties of respect and affection between him and Norway, personified by his relationship with Nansen & Amundsen. Grandfather’s Ship ‘Endurance’ was also built in Sandefjord, Norway. I am delighted that Norwegian have chosen to honour him this way and that the Shackleton legacy will continue.”

Europe’s third largest low-cost carrier flew 5.8 million passengers from the UK to over 50 global destinations. The airline has one of the youngest aircraft fleets in the world with an average age of 3.7 years, with more than 150 new aircraft on order. Norwegian has been awarded the ‘World's best low-cost long-haul airline’ for three consecutive years at the SkyTrax World Airline Awards. 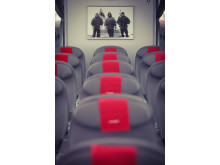 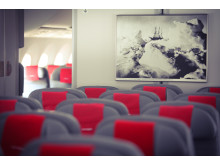 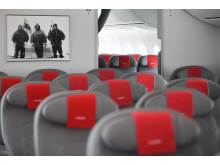 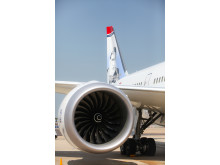 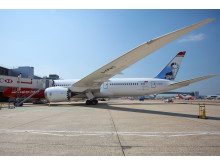